Intensive workshop for the development of documentary projects

For producers from The Netherlands, with priority to producers/directors from the northern regions: Friesland, Groningen and Drenthe.

For over 20 years, EURODOC – International Lab for Creative Documentary Production - has been training generations of professionals across Europe. Its main program, designed for producers developing a documentary feature project with international potential, has consistently contributed to train engaged and passionate creative producers from all over Europe and beyond, now part of a network of more than 1000 professionals.

In 2021, the third of the three sessions composing the yearly International program will take place in Leeuwarden, The Netherlands, thanks to the collaboration of New Noardic Wave.

From October 18th to 23rd, in parallel to the 3rd session of the yearly international training, a selected group of film professionals from The Netherlands, with priority to producers/directors from the northern regions: Friesland, Groningen and Drenthe will have the possibility to attend an intensive 5-day residential workshop focusing on documentary project development to be held in Leeuwarden.

During the workshop, beside the intensive work in the group, several activities will join together in a hybrid shape the international group, so to reinforce the networking opportunities and the sharing of practices.

WHERE*: in Leeuwarden – on site if the sanitary situation allows it. In the unlucky event of a deteriorated sanitary situation, applicants will be notified by late August about the measure undertaken by the organisation ( keeping or canceling of the workshop).

FOR WHO: The workshop will welcome up to 12 participants. It is addressed to professionals based in The Netherlands with priority to producers/directors from the northern regions: Friesland, Groningen and Drenthe.

Only one participant per project is accepted, with preference given to the producer.

The projects can be at different stages of advancement: in writing, in development or in pre-production.

The workshop is also open to professionals participating without a project in the case of industry professionals involved in institutions and organizations supporting documentary films (commissioning editors, film funds).

THE TRAINING : The participants will mainly work on the development of their projects with the tutor in charge of the group. They benefit from full access to the plenaries (master classes, panels…) and case studies (screening followed by a Q&A focusing on the production process) with the participants of the yearly training EURODOC21. They will have various networking opportunities with the international groups. During the workshop, the participants will be provided with a deep insight into the European documentary production sector and the different possibilities for co-operation and co-production.

Through its workshops, EURODOC has contributed to developing and reinforcing the skills of professionals seeking to work internationally on creative and ambitious projects who are able to co-produce with different countries and work with people coming from different cultures. 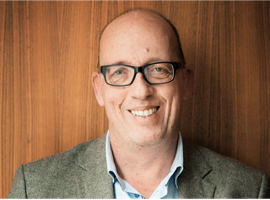 THE TUTOR:
Arne Birkenstock directed and produced films like 12 Tangos, Chandani and Beltracchi and was awarded twice with the German Film Academy Award “LOLA”.
He produces films of directors like Milo Rau, Michael Madsen, Tonje Schei, Marcus Vetter, Florian Opitz, Yasemin Samdereli and others. His last production, The new Gospel by Milo Rau premiered in Venice and was awarded with the Swiss Film Award as Best Documentary.
He teaches in film schools and serves for several award- and film funding juries and is a member of the board of the German Film Academy.

HOW TO APPLY: For project’s holders (producers or filmmakers/producers), Applications must be submitted through our platform  https://submissions-eurodoc.festicine.fr.

A PDF document of 10Mb max. and 30 pages max. including the following documents in English will be requested, containing:

For applicants without a project (commissioning Editors, Film Funds representatives), applications are to be sent by email to contact@eurodoc-net.com and must include the following information:
-    CURRICULUM VITAE
-    COMPANY’S PROFILE
-    COVER LETTER

In case of selection, participants agree to follow the health regulations in force.

DEADLINE TO APPLY: Tuesday, September 21st ( (results will be announced by email by the end of September, 2021).

* Eurodoc reserves the right to switch the planned residential training online, if health measures require it or if the number of participants who plan to physically attend the workshop is insufficient to ensure a smooth functioning of the hybrid formula.

Do you already have a login and a password?

Enter them below to complete, consult, or modify your information.

Please write down your email address, and we will send you a link to create your account.

This address will be used as your login and also to retrieve your password.
If you have not received any email, please check your spam folder before contacting us.